As the year draws to a close and we are fermenting the last of the 2012 seasons pears and apples, the poem (#1540) by Emily Dickinson comes to mind:

As imperceptibly as grief
The summer lapsed away, —
Too imperceptible, at last,
To seem like perfidy.
A quietness distilled,
As twilight long begun,
Or Nature, spending with herself
Sequestered afternoon.
The dusk drew earlier in,
The morning foreign shone, —
A courteous, yet harrowing grace,
As guest who would be gone.
And thus, without a wing,
Or service of a keel,
Our summer made her light escape
Into the beautiful. 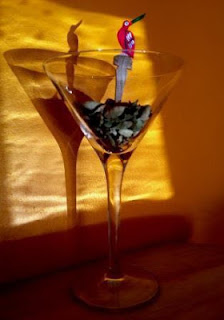 On Saturday, we combined the taste of summer with a winter whiskey with a twist on the traditional whiskey sour and served mini-cocktails at the tasting room.

Shaken in a large amount of ice and strained into glasses.