Our Hoppin Eights whiskies is a generic label for our aged 90 proof american whiskies 2 plus years old.  Each  Barrel release is a bit different, To read about the particulars, details are listed by barrel below. 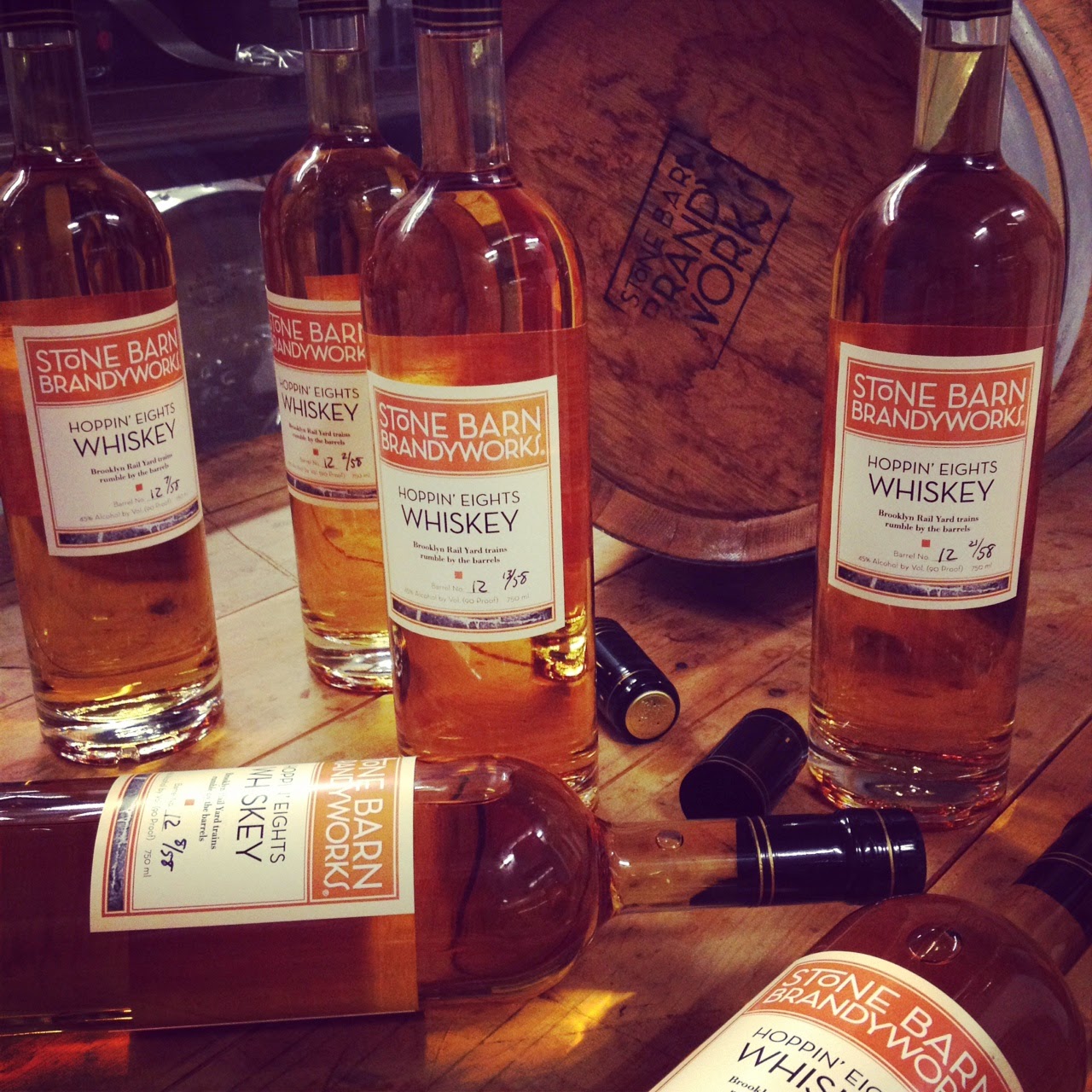 Barrel # 12-  Released October 2014.  (sold out) This one is a two year old mixed grain , Rye and oat with a touch of spelt and pilsner malt thrown in. Chill filtered.  Small toasted barrel- 58 numbered 750 ml bottles produced.

Barrel #10– (No Longer Available)  Released mid-June 2013-  20 months in a new 30 gallon Michigan barrel, medium toast.  Its a blend of grains- 48% rye, 27% oat and 25% spelt. The rye and the spelt are organic.  We’ve bottled 50 fifths and it is available in a filtered and an unfiltered version.  There are more to be bottled in the barrel, but due to space constraints the bottling will be done in phases.  As soon as the barrel is empty, we’ll be filling it up with a pinot noir fortified wine for some additional barrel aging.

Barrel #9– (SOLD OUT)  Released March 17, 2013- 36 bottles produced, but then we refiltered and had a meltdown of the filter which ruined 7 bottles worth- Que Lastima!  There might be a shot or two left behind the bar at the Night Light Lounge on Clinton.  60% Rye, 27% Oat, 13% wheat.   Single distillation, aged two years in a Missouri oak barrel coopered in the Okanagan region of Canada.

Barrel #1– (SOLD OUT) Released December 2011- 72 bottles produced.
Blend of Wheat (60%), Rye (30%), Barley Malt. Aged 14 months in  American Oak (new)
We were aiming to make something close to a Canadian Blended whiskey without using the ‘blenders’.